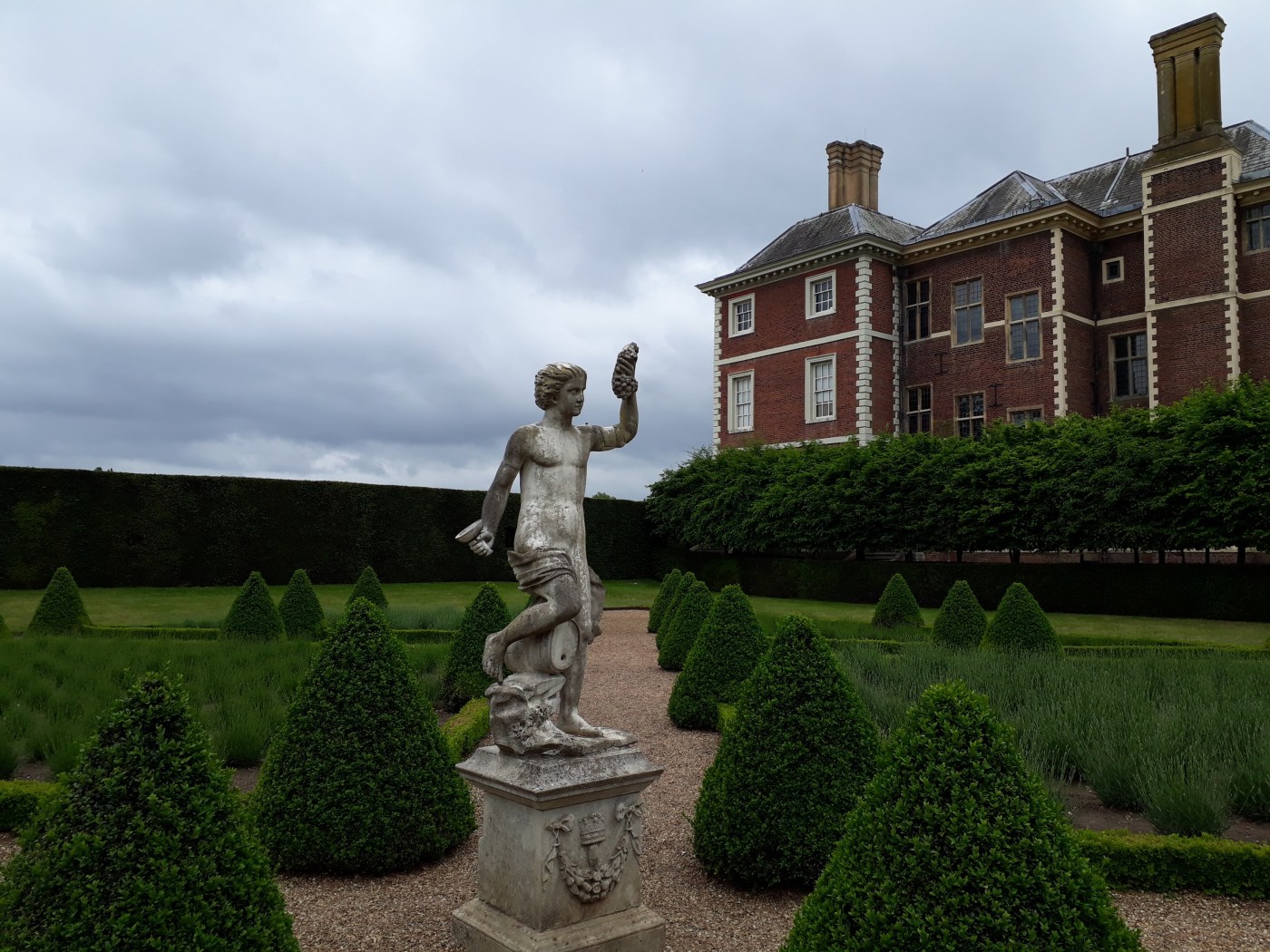 Ham House is a stunning country home near Kingston Upon Thames on the outskirts of London, built for pleasure and filled with treasures. Built in 1610, this rare and atmospheric treasure trove is a jewel to behold.

Elizabeth the Duchess of Lauderdale and her father William Murray were responsible for the creation of this amazing house. I wish I owned a house like that, so beautiful.

The owner of Ham House spent years collecting treasures from around the world and gathered a super collection of painting, furniture and textile.

The house is quite dark inside, and apparently that is to preserve all the furniture and paintings, to prevent them from fading. The King was a close friend to William, and gave him the lease of the house in 1626. Later, his daughter Elizabeth, along with her husband the Duke of Lauderdale, made significant and elaborated changes which are still present to this day.

What you see today in this house is a culmination of 400 years of a love-for-collecting by Ham’s previous residents. The house remained in the Tollemache family until 1948, when it was given to the National Trust.

I thought the kitchen was quite small for the size of the house, which is enormous. Lots of the fresh herbs, and vegetables were grown in the kitchen garden.

Also near the kitchen you can see the Duchess’ Bathing Room. The room is so close to the kitchen, because of the need to warm the water for her bath.

The Beer Cellar was a good size, but nowadays looked quite empty, most probably because the house is not inhabited anymore, only by visitors.

I had a great time visiting this place, but as usual the English weather was very unpredictable. I left home and it was nice and sunny, but it suddenly started raining and became gloomy.

If you ever come to London I highly recommend visiting Ham House. It is my second visit, and I loved it!