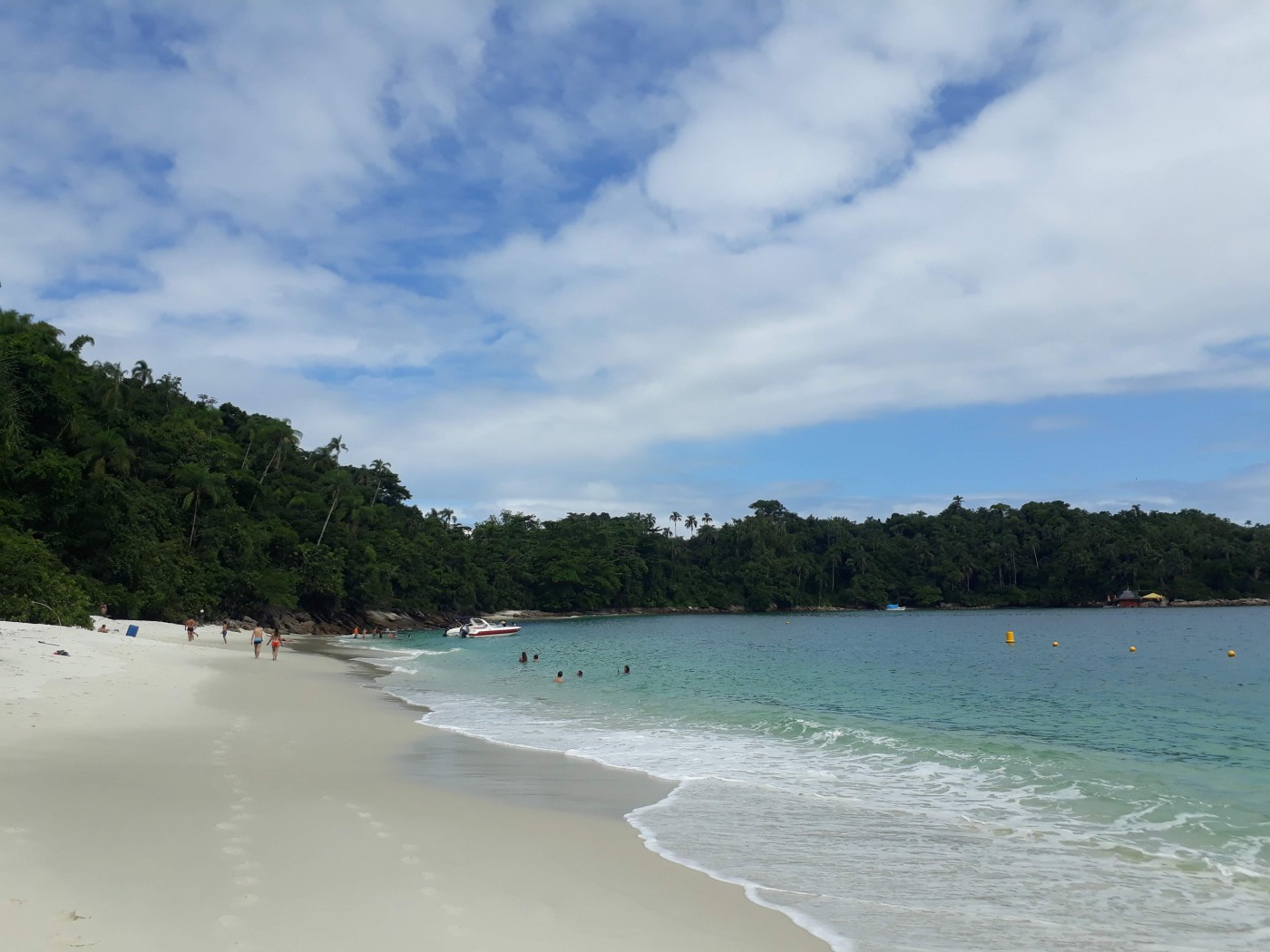 Leaving Ilha Grande (‘Big Island’) by boat, there are few islands nearby that are referred to as the Ilhas Paradisiacas – the Paradise Islands. You can arrange a tour around these islands. They lie between Angra dos Reis on the Brazilian mainland and Ilha Grande. You can do a private tour, or go in a shared boat. 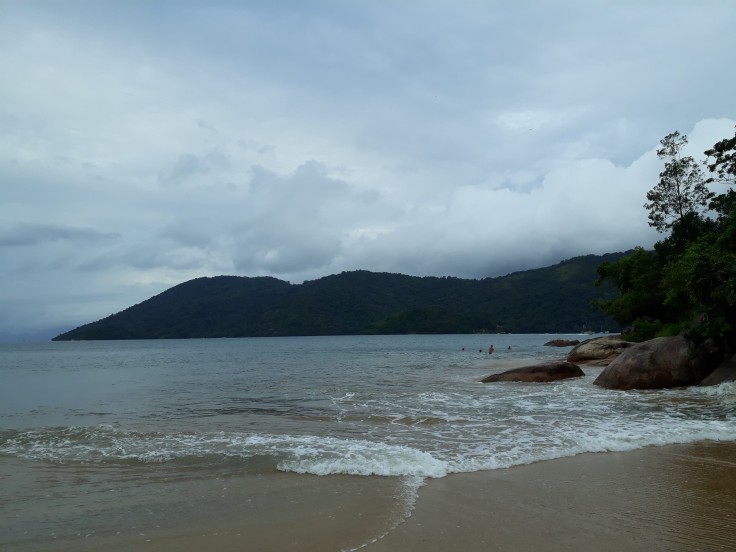 Along the way you stop in many islands which are very pretty and deserted. When I did my tour it was raining quite a lot, but became clear during the day. I must confess that I wasn’t prepared for all the aquatic adventures of the island. I didn’t have a waterproof camera.

The botinas are two little islands that are supposed to look like boots, but I’m not sure if they really do… They are also referred to as Ilhas Gemeas, or Twin Islands, because they resemble each other.

This island is beautiful and tiny. You can walk all the way around it. The water is crystal clear, and somewhat green. 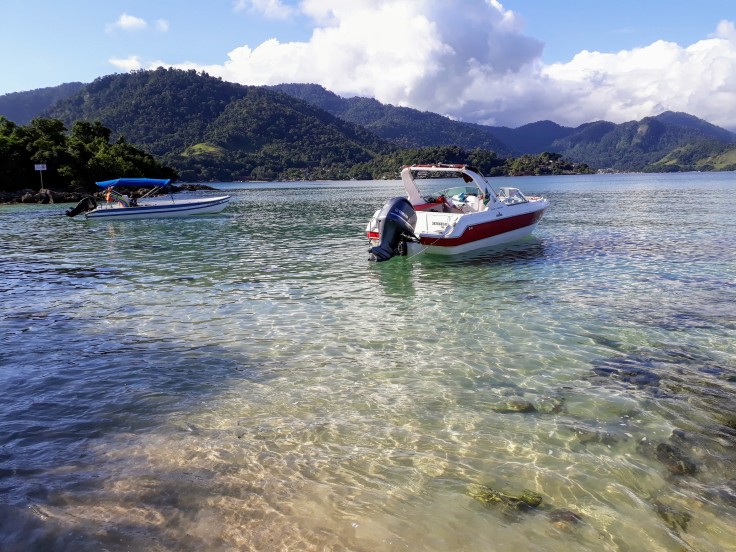 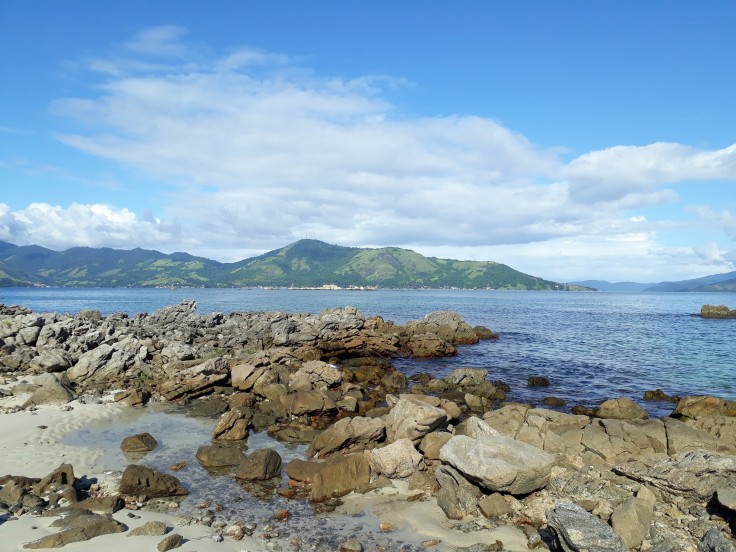 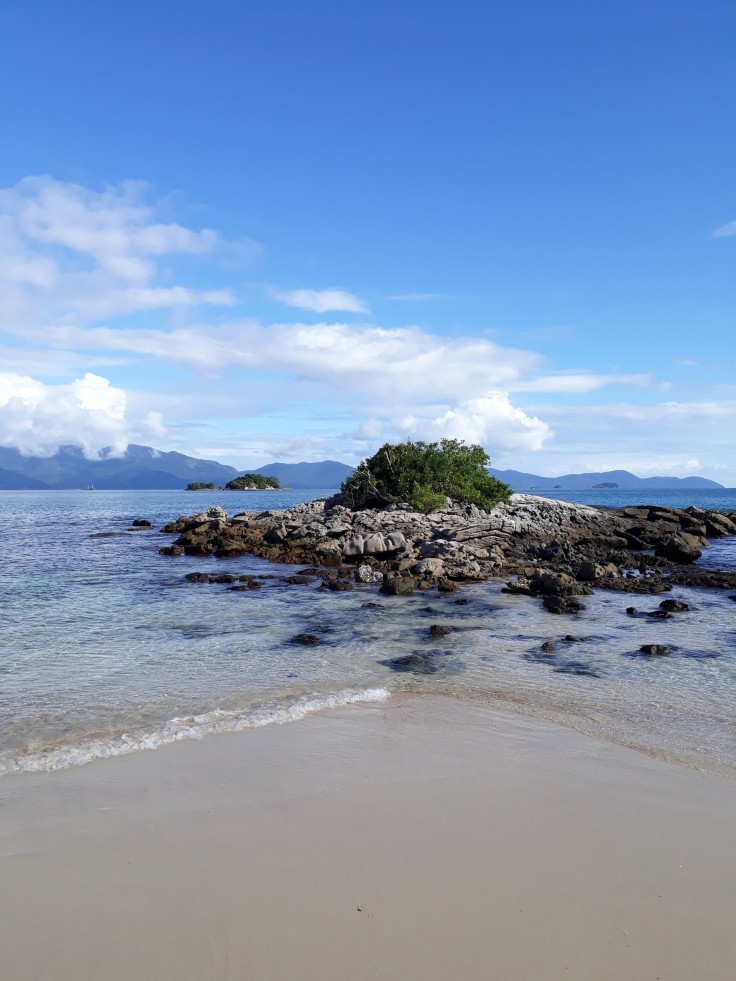 This beach is called the Dentist’s Beach. The water is really clear blue with white sand; I’m not sure why it is called that. I really enjoyed climbing the palm tree there. 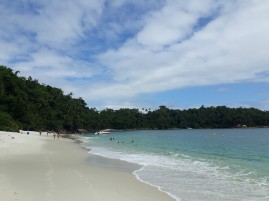 This beach is really pretty with a little church. It does look like a little paradise island, I think. and it also was a famous hot spot for Brazilian celebrities. 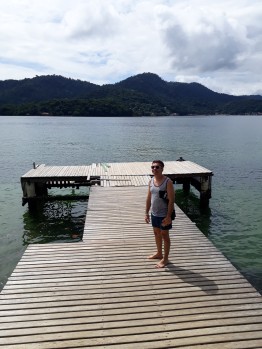 Just before we headed for a very late lunch we stopped at the Lagoa Azul (‘Blue lagoon’) which is very good for snorkeling, and the water can be blue on a sunnier day.

I had an amazing time on my Paradise Island tour. It was fun and different. I never thought there were so many beautiful unspoilt islands near the coast of Brazil. I’ll be making a blog about a tour on Ilha Grande called the Half Island Tour soon.

25 thoughts on “Welcome to the Paradise Islands”