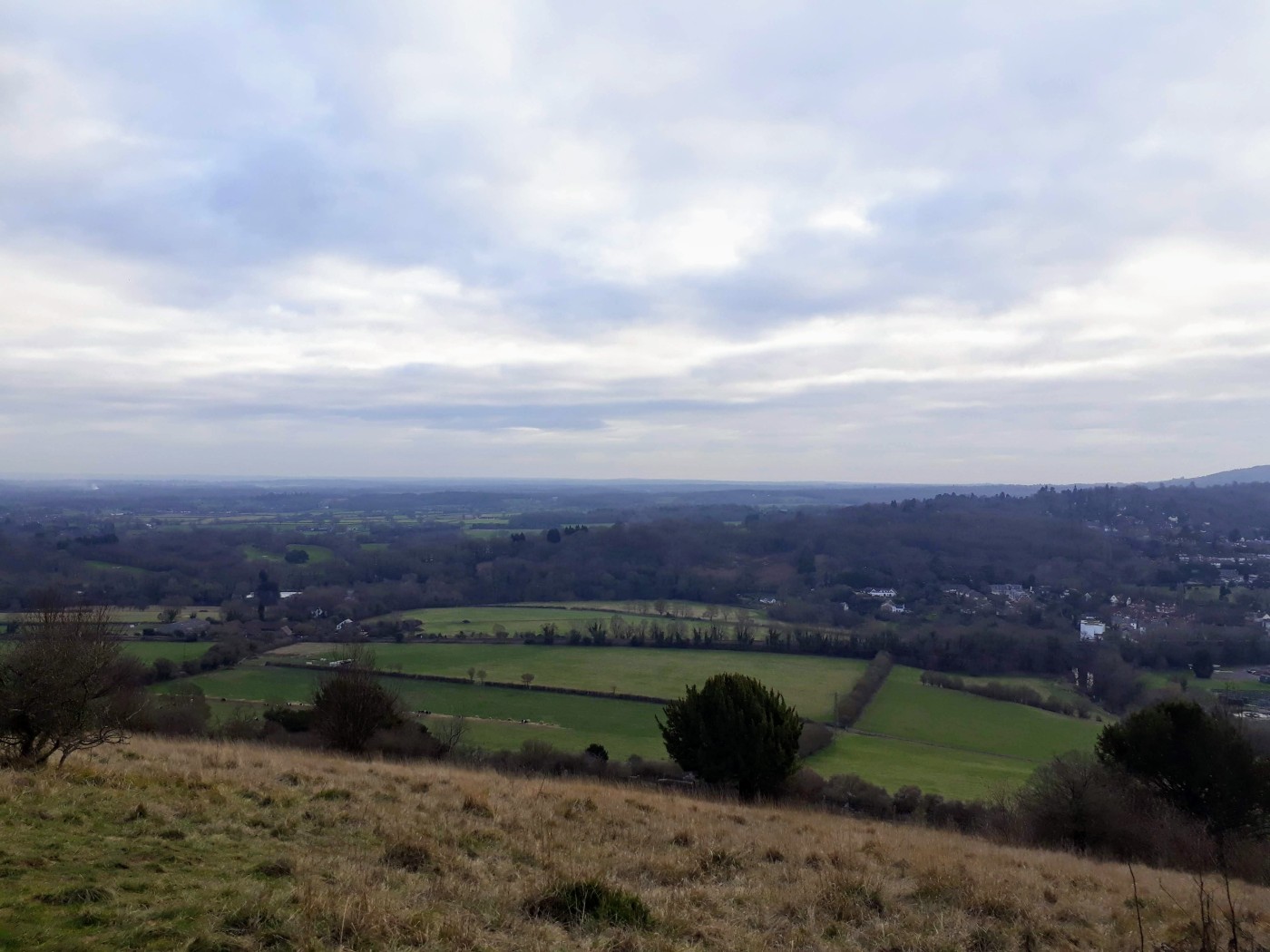 The very picturesque Box Hill is famous for its fascinating panoramic views of the south. Leopold Salomons gave the original 230 acres of Box Hill to the National Trust, and he had a viewpoint structure, Salomons Memorial, built to commemorate his gift. 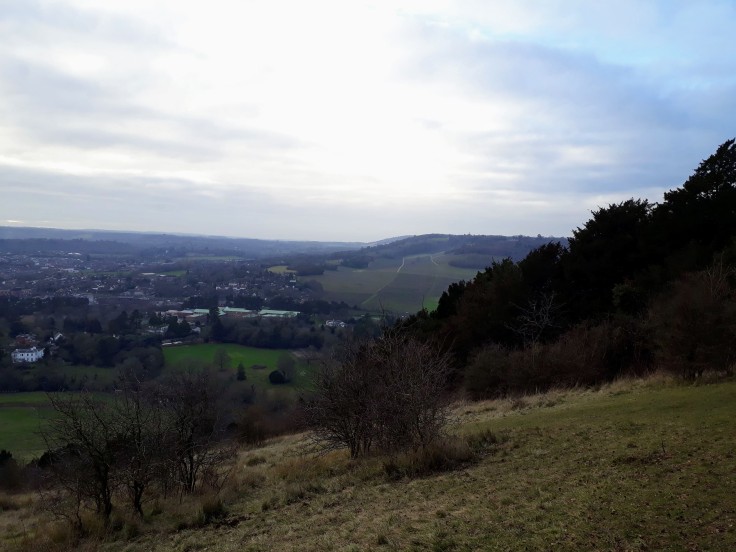 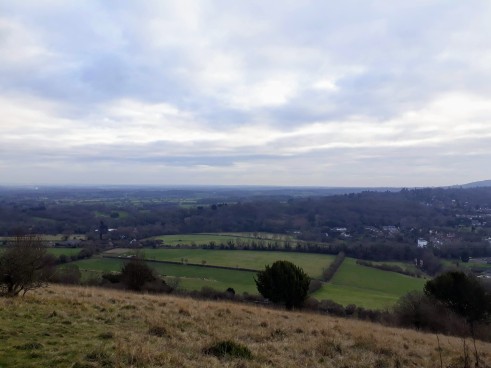 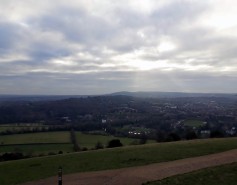 The views are really impressive. One thing I found interesting was that although it looks like very typical English countryside, you can still hear all the cars, and motorbikes from the surrounding motorway. 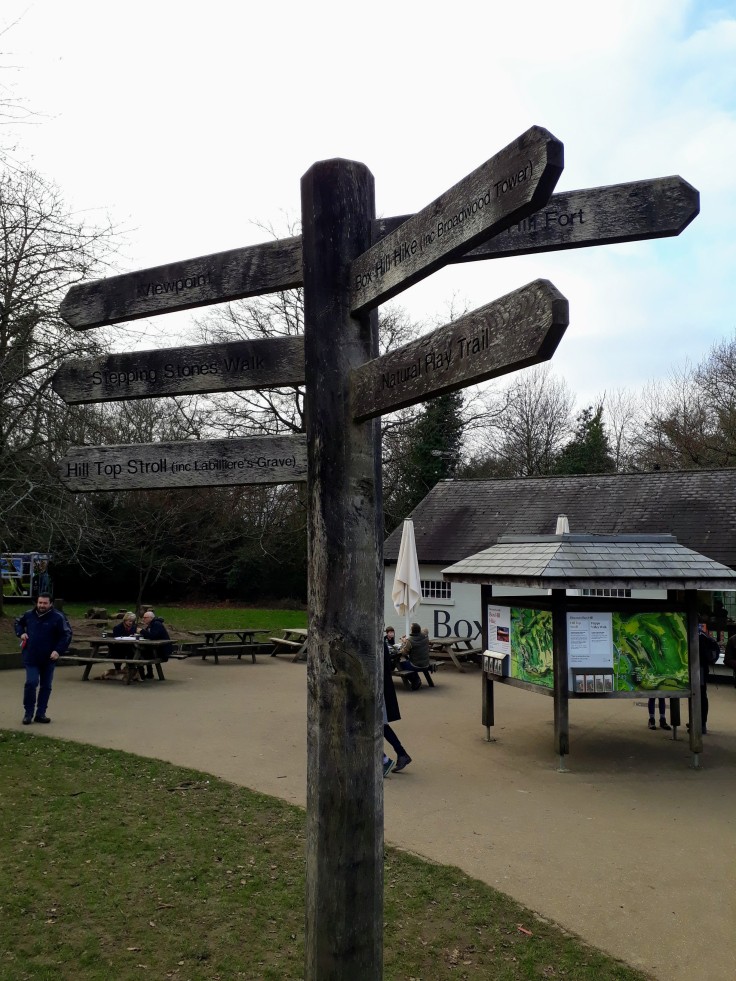 The little river around Box Hill is called the River Mole, maybe named after the burrowing animal, as some stretches flow underground during dry periods.

Towering above the river you can spot the The Whites. It’s a chalk cliff that – believe it or not – was carved by the tranquil River Mole.

There are many trails that you can follow around Box Hill. I chose to do the Stepping Stones Walk, which takes you over a pretty but quite scary stepping stone crossing. I thought I was going to fall in the river at one point: that wouldn’t be very pretty if had to go back home covered in mud!

The Yew trees are fascinating, and have been around here for about a 1000 years. They cast such a very dense shade that few plants can survive below then, and this is certainly the case in winter. 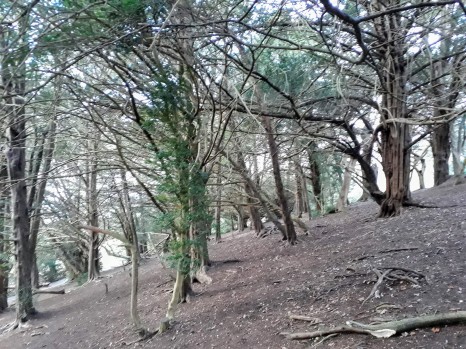 This walk on the wild side can be done in a single day from London. Only few miles south from London, you can end up in the middle of the countryside.