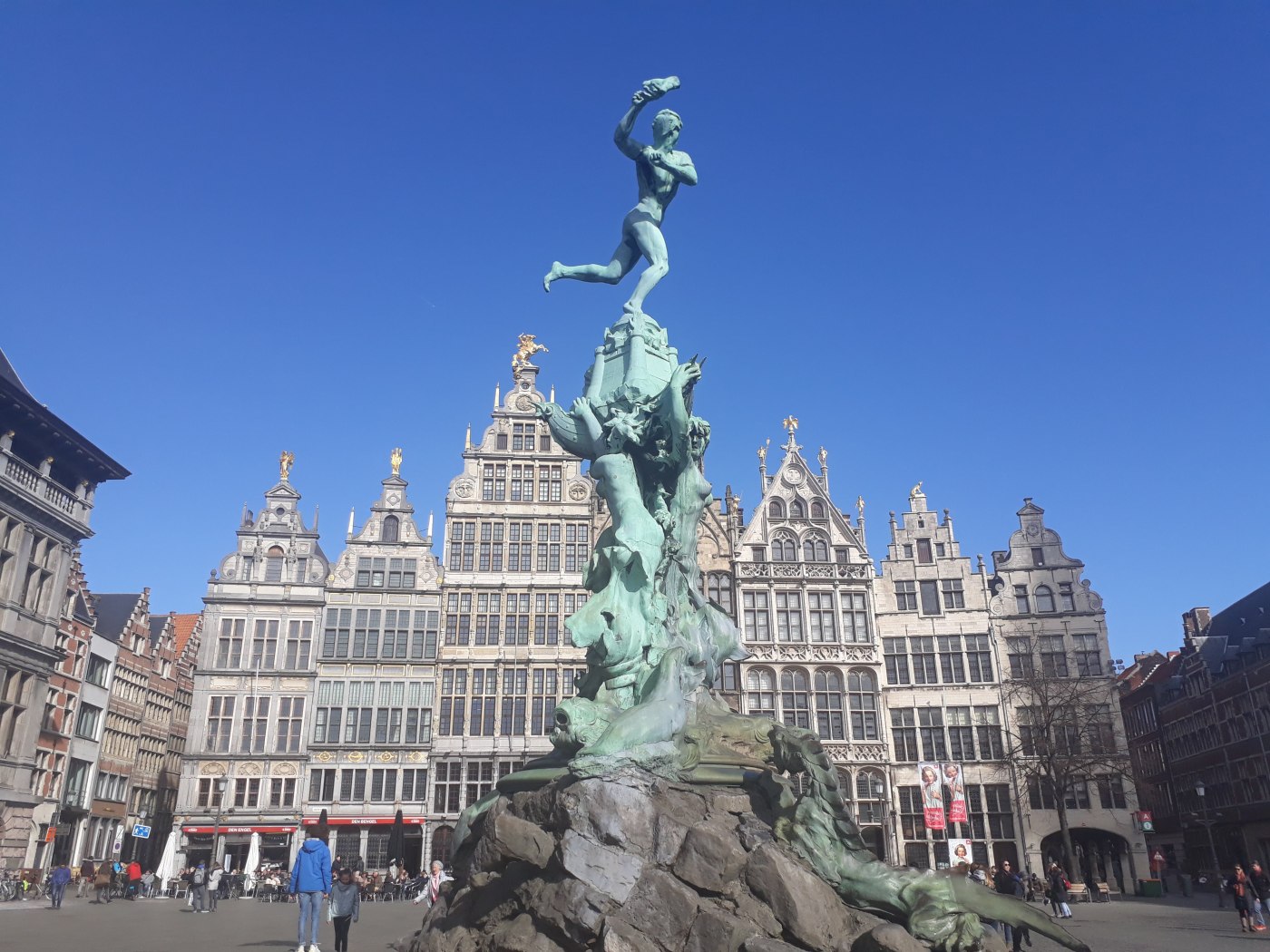 Antwerp is a beautiful city only 45 minutes away from Brussels. In the mid-16th century it was one of Europe’s most important cities and home to baroque superstar painter Pieter Paul Rubens. I have no doubts that this charming city is the country’s capital of cool. It’s long been a powerful magnet for everyone from fashion moguls and club queens to art lovers and diamond dealers.

Behind me, you can see the spectacular train station. It is very grand and impressive. With its neo-Gothic facade, vast main hall and splendidly proportioned dome, the 1905 Antwerpen-Centraal train station is one of the city’s premier landmarks. It was rated one of the world’s five most beautiful stations. It’s also very practical, the multilevel platforms having had a full 21st-century makeover. 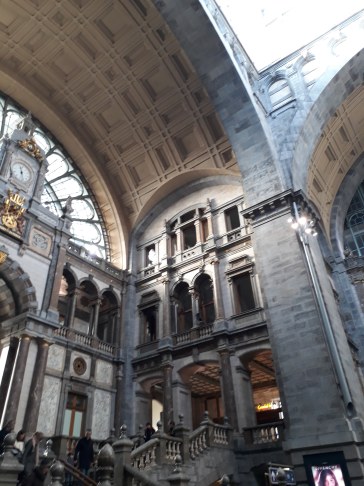 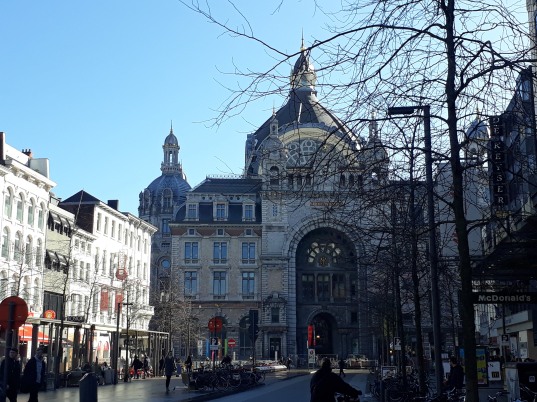 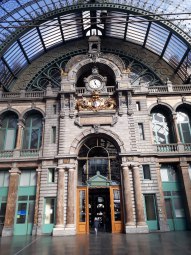 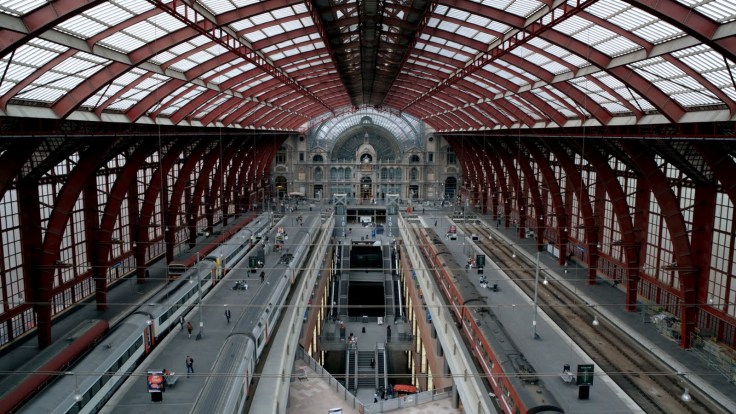 Antwerp’s Flemish Renaissance architecture is typified by the Grote Markt, a central square in the old town. For centuries now, the city has been a magnet for people from all over the world, to experience beauty, and to make art.

The cathedral is celebrating the 450th anniversary of the Diocese of Antwerp.  Magnificent altarpieces, held in museums since the French Revolution, are returning to the cathedral. This is a unique opportunity to admire these showpieces in their original setting! Unfortunately, I could not see the art, because a service was going on at the time of my visit. 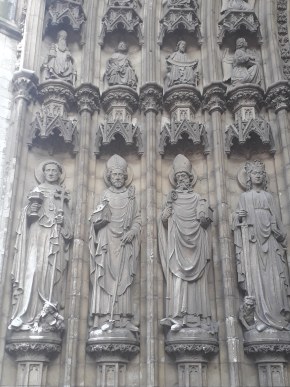 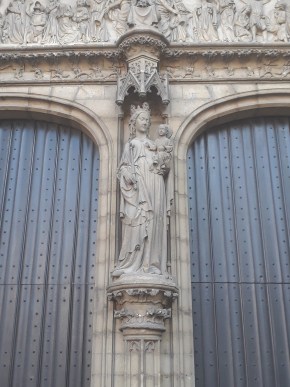 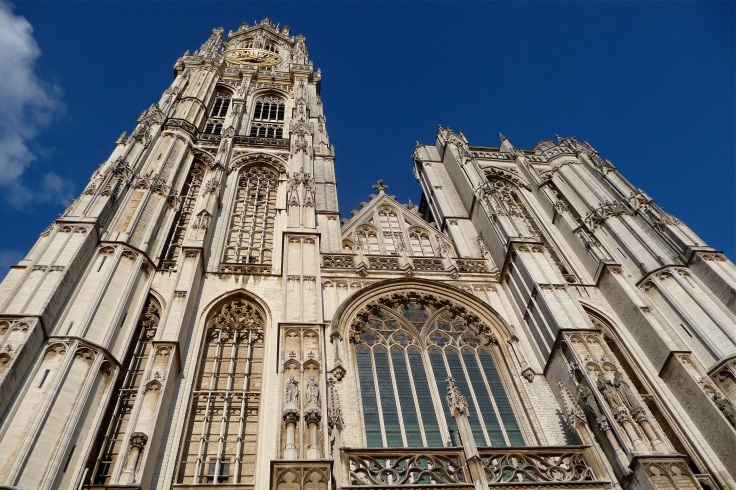 Just wandering around this city is quite pleasurable. Everywhere you look is a beautiful view. 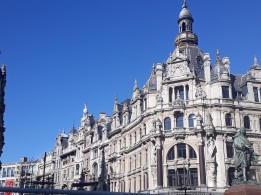 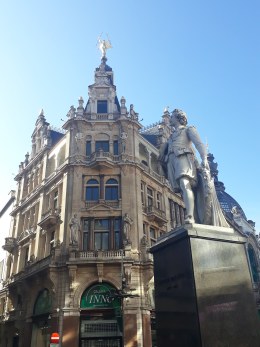 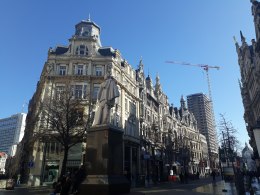 Het Steen is the oldest building in Antwerp – the first stones were laid in the 11th century – and over the centuries it has fulfilled several functions. It is located along the Scheldt River, near a former peninsula called De Werf.

Het Steen was used as a prison until 1823. After serving shortly as a residence, sawmill and fish depot, Het Steen opened as a museum in 1862. Initially it was the Museum of Antiquities and from 1952 to 2008 it served as the National Maritime Museum. Now you can admire that collection in the MAS | Museum aan de Stroom. 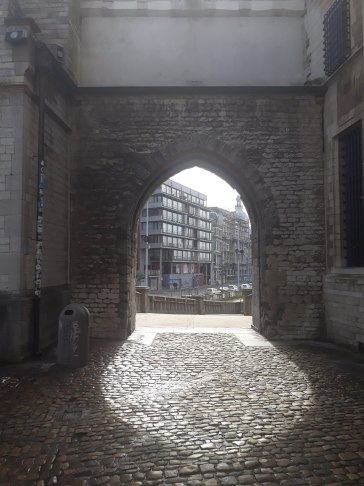 Antwerp is definitely a must-see city, it’s full of excitement, architecture and beauty! 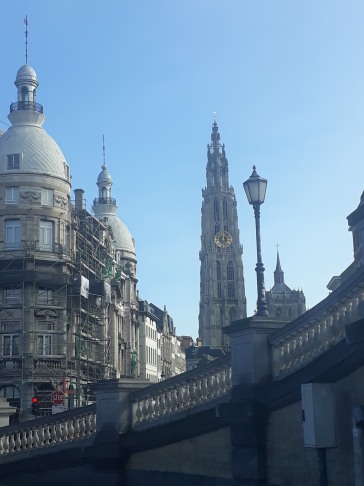 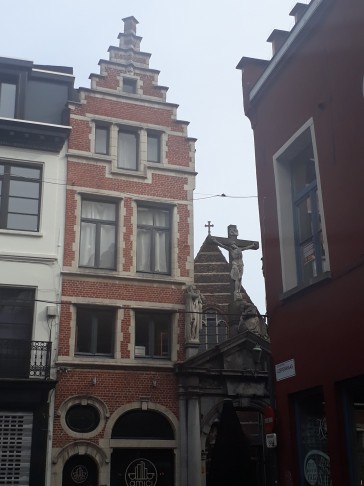 If  you ever visit Belgium, don’t miss out on this city. It is highly recommend. The old city centre is steeped in history. You will see it in the ancient building-fronts on the narrow streets. It holds music festivals, fashion shows and art. It’s such a vibrant city.