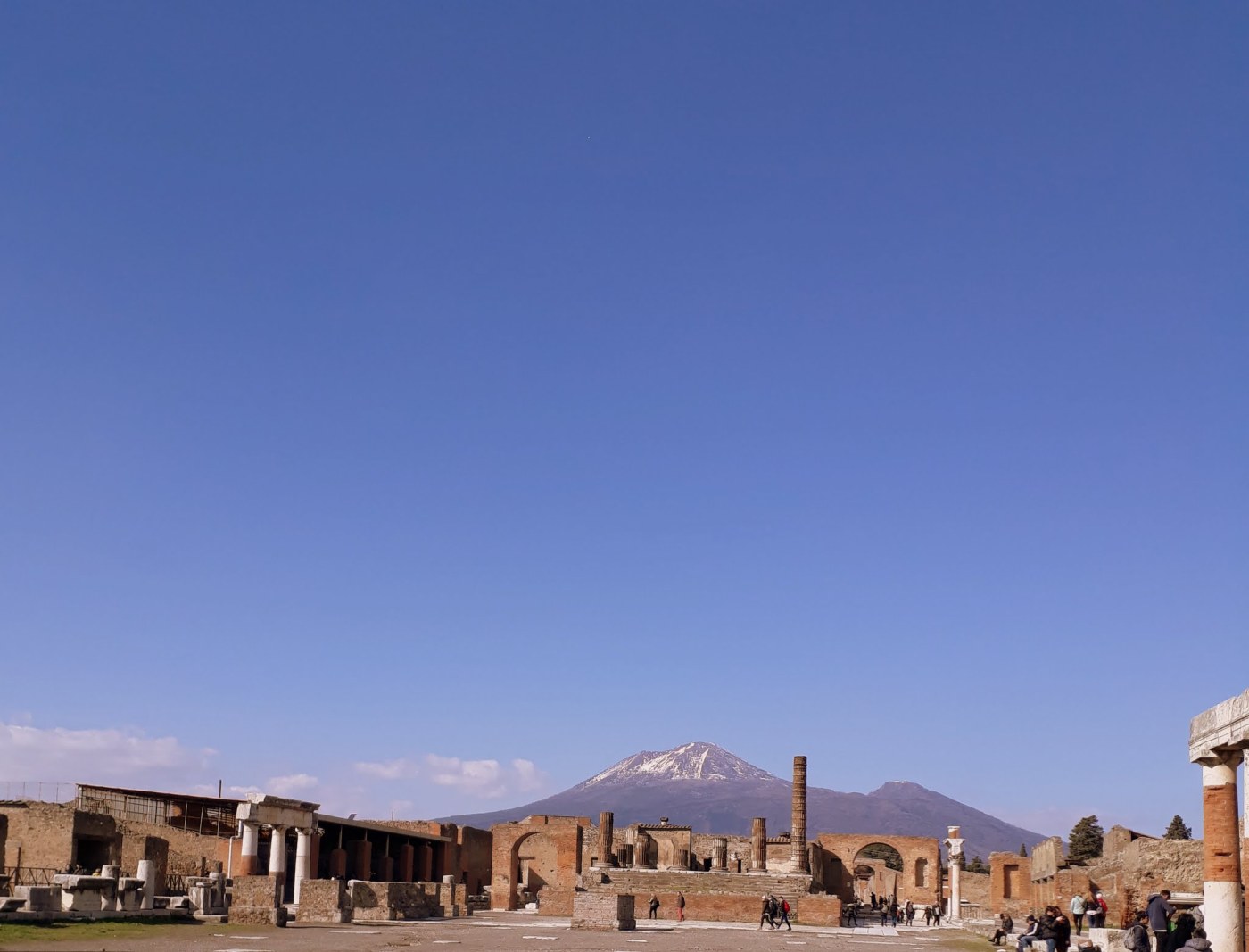 The ancient City of Pompeii is only an hour away from the coastal city of Naples. It is simply incredible.  Along with Herculaneum, and many villas in the surrounding area, it was mostly destroyed and buried under 4 to 6 m (13 to 20 ft) of volcanic ash and pumice in the eruption of Mount Vesuvius in AD 79. 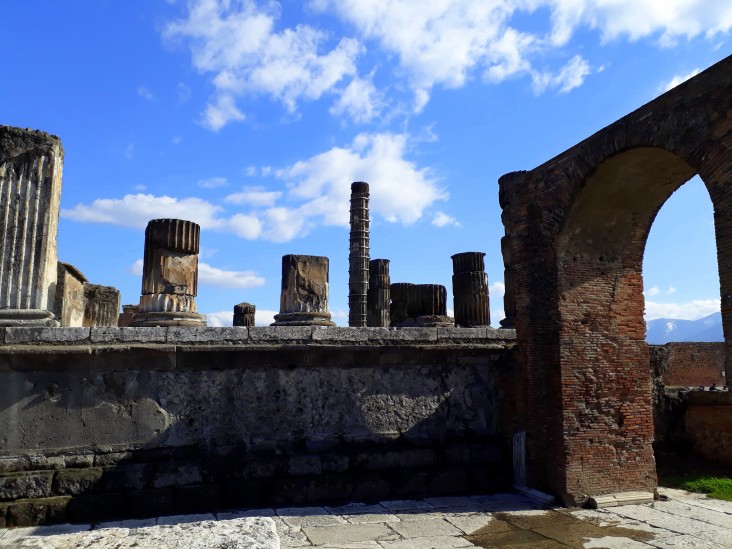 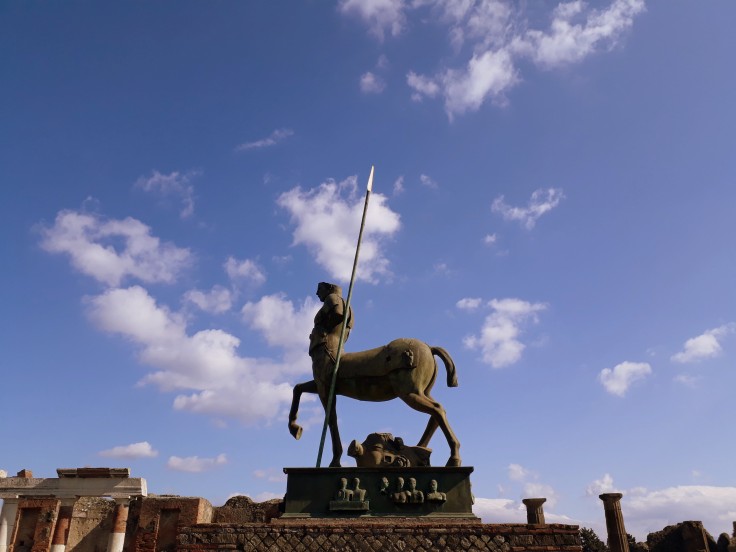 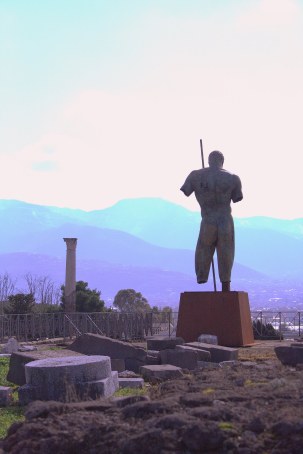 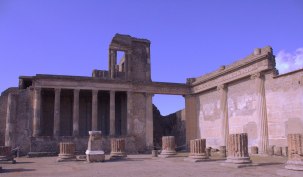 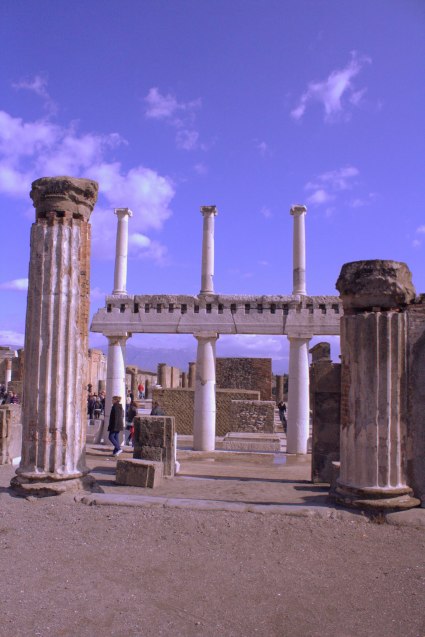 The eruption destroyed the city, and killed its inhabitants, burying everything under tons of ash. The city was lost for about one thousand five hundred years, until its initial rediscovery in 1599, and broader rediscovery almost 150 years later by Spanish engineer Rocque Joaquin de Alcubierre in 1748. 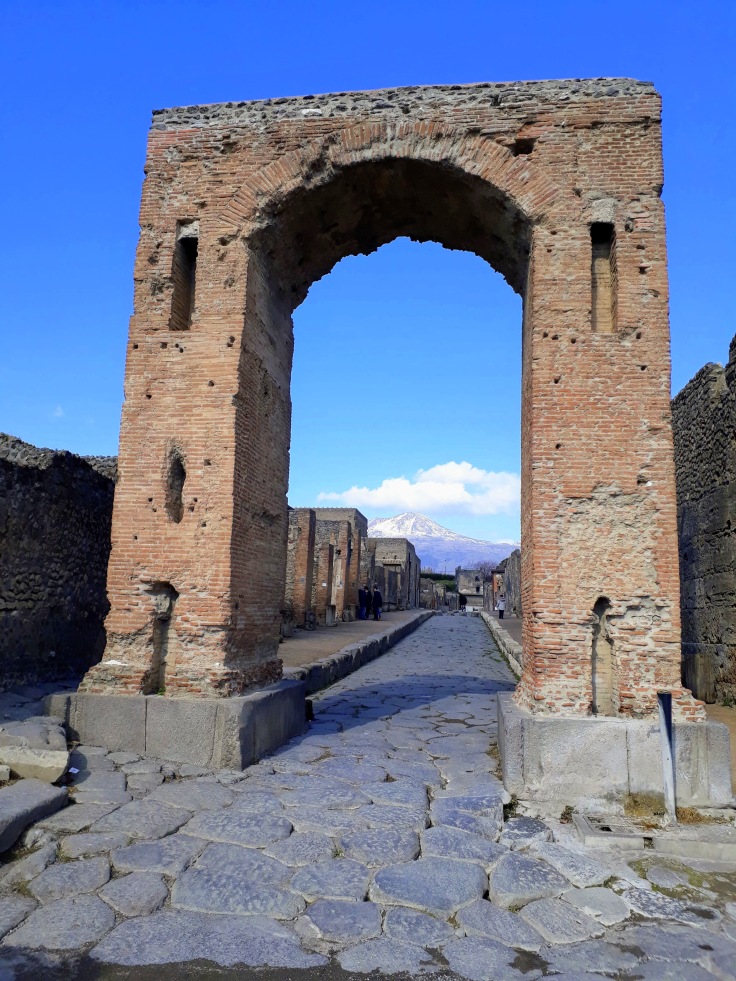 You can actually see Vesuvius from a distance, from wherever you walk around the city. It looks quite far. I believe it must have been a big explosion to make so much devastation. 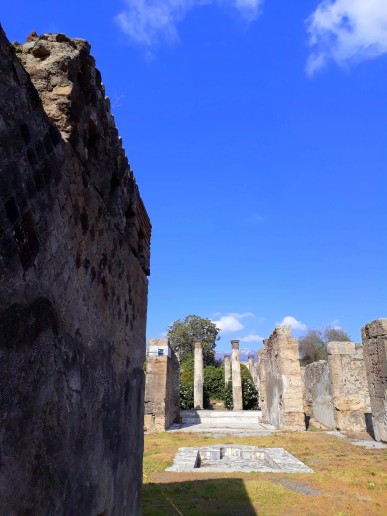 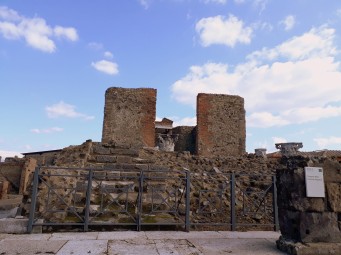 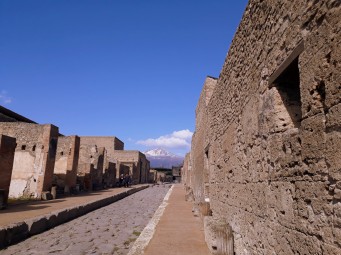 These artefacts provide an extraordinarily detailed insight into the life of a city during the Pax Romana. During the excavation, plaster was used to fill in the voids in the ash layers that once held human bodies. This allowed archaeologists to see the exact position the person was in, when he or she died. 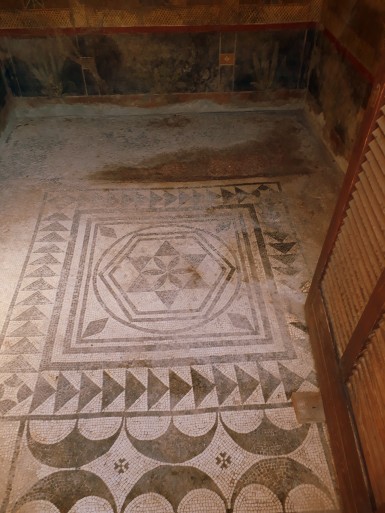 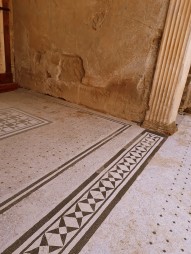 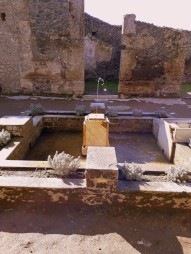 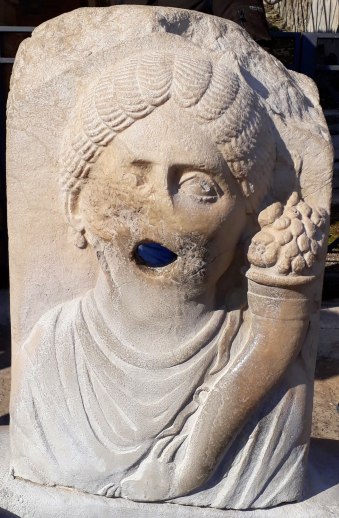 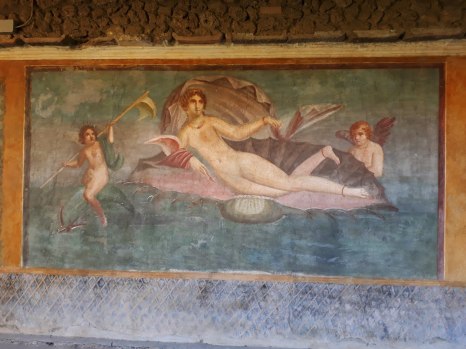 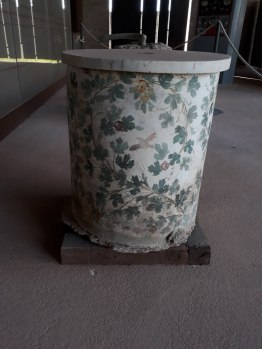 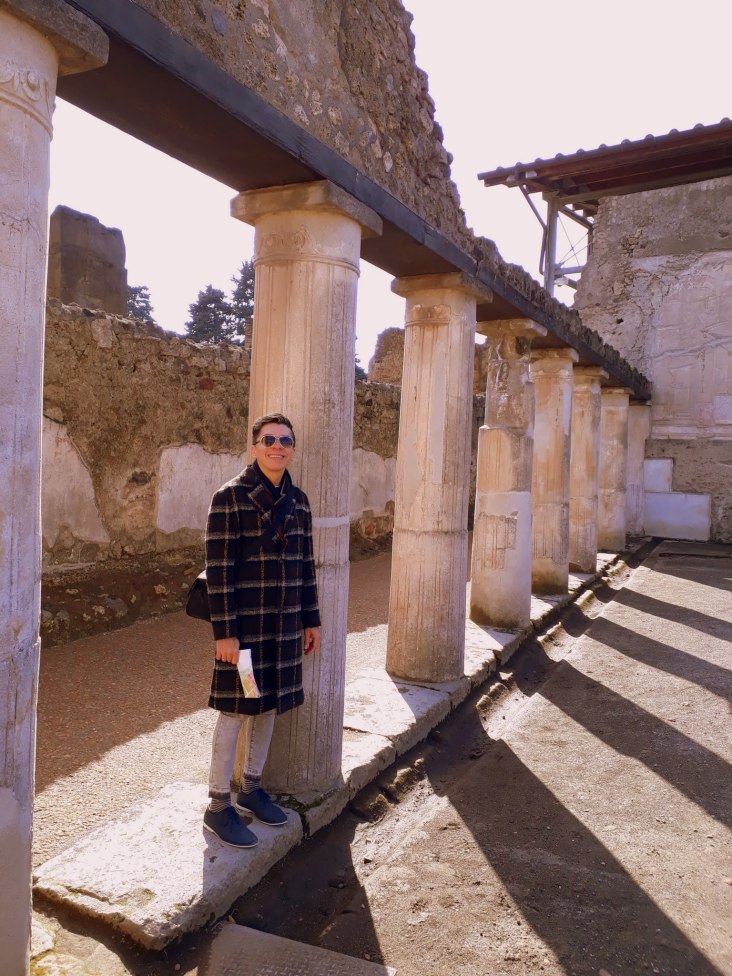 Pompeii has been a tourist destination for over 250 years. Today it has UNESCO World Heritage Site status and is one of the most popular tourist attractions in Italy, with approximately 2.5 million visitors every year. 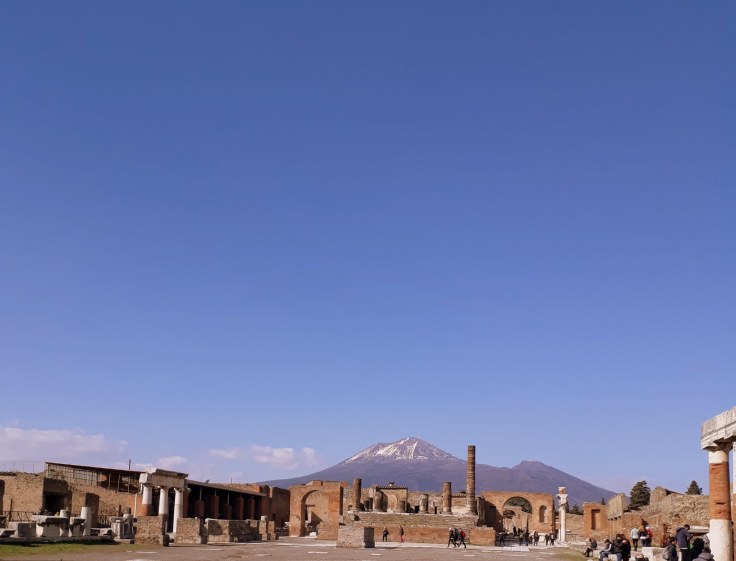 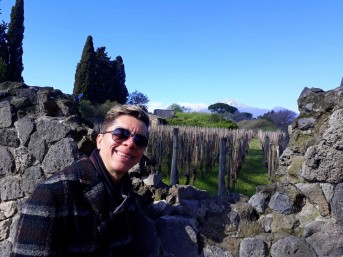 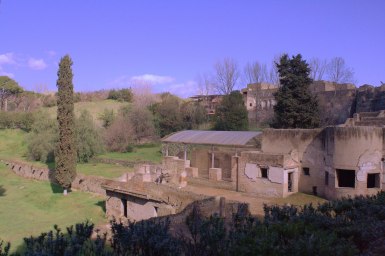 When I was walking around Pompeii it made me think about how beautiful this city was, before being destroyed by the volcano. It must been amazing to have lived here. 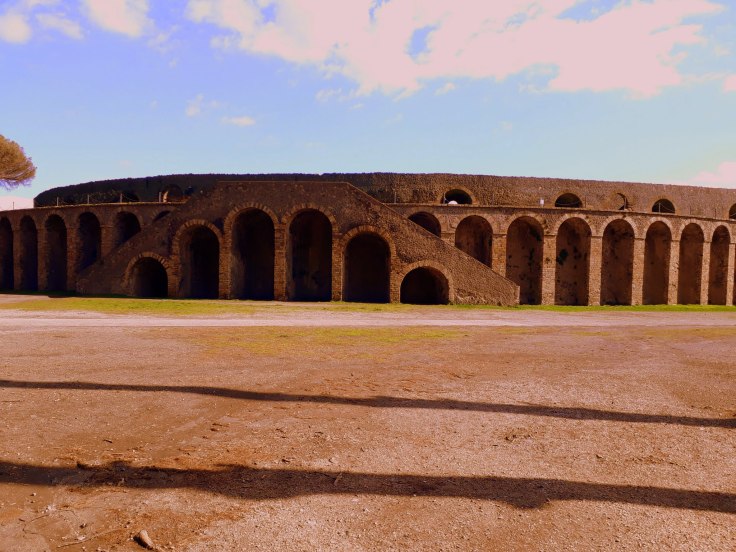 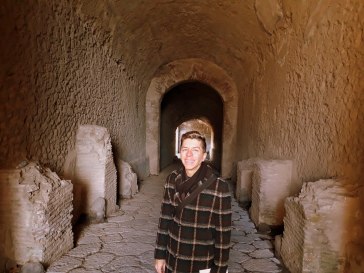 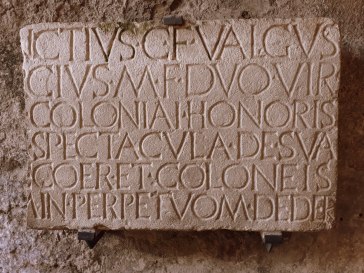 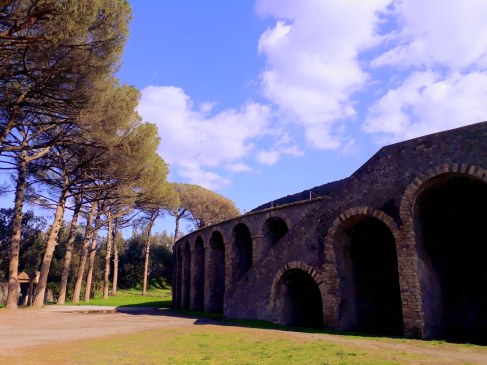 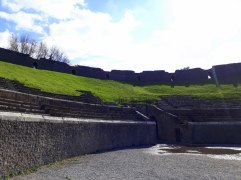 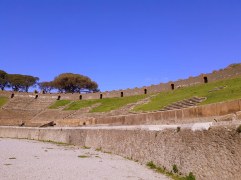 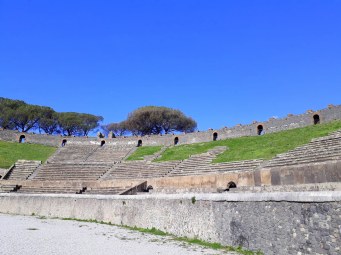 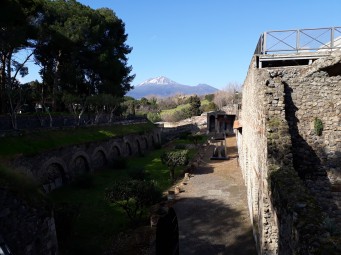 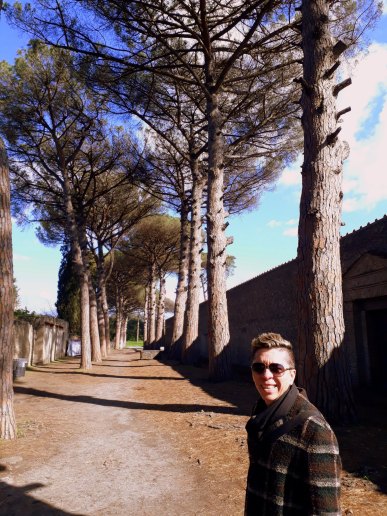 I had an incredible time here in Pompeii. It’s so big, and has so much to see that you could spend hours walking around the city. This is definitely a site to not to be missed on your travels to Italy!