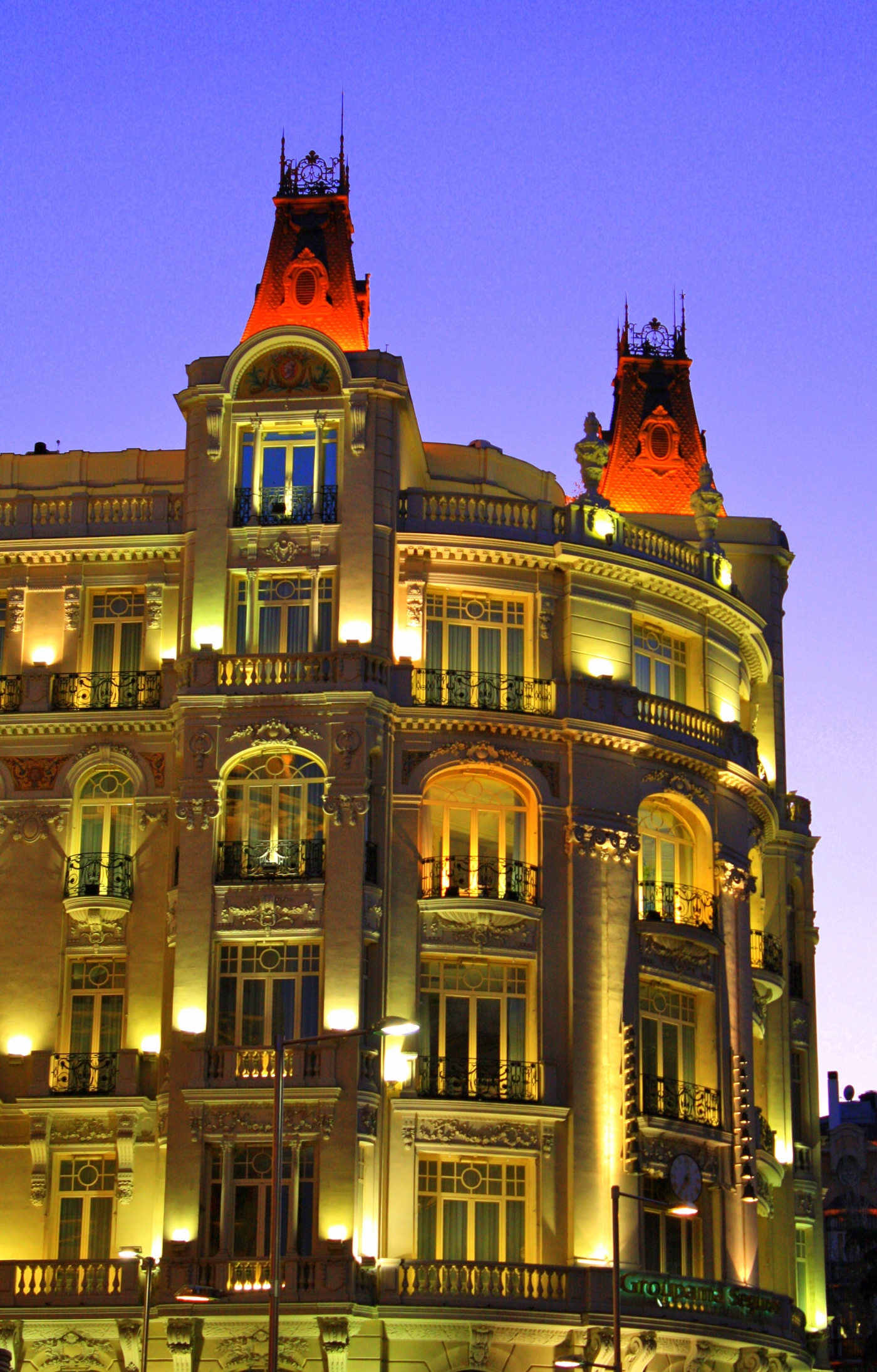 The stunning city of Madrid is the capital of Spain. The city centre is surrounded by elegant boulevards, and well manicured parks. In addition to its modern side,  it has preserved the look and feel of many of its historic neighborhoods and streets.

The main shopping area and tourist attractions start at C/Alcala and runs for about 13 kilometers to the Plaza de Espana. You will see more than one hundred years of history. 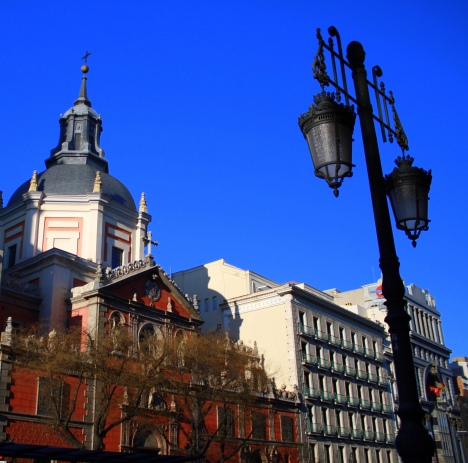 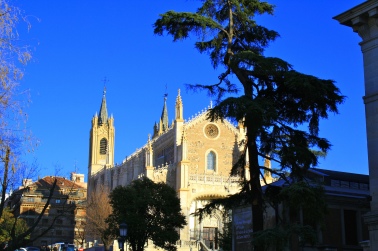 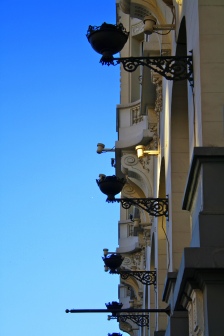 The Palacio Real was commissioned by Felipe V after the earlier Alcázar was lost to a fire in 1734. The Royal Palace is rarely used by the royal family today, and many of its 3,000 rooms are open to view. The architects principally responsible for the final design, which reflects the taste of the Spanish Bourbons, were Italian – Giambattista Sacchetti and Francesco Sabatini – with contributions by the Spaniard Ventura Rodríguez. Filippo Juvarra, Felipe V’s first choice, had planned a palace four times as large, but after his death the project became a little less ambitious. Completed in 1764, the late-baroque palace is built almost entirely of granite and white Colmenar stone, and, surrounded as it is by majestic gardens, contributes greatly to the splendour of the city. 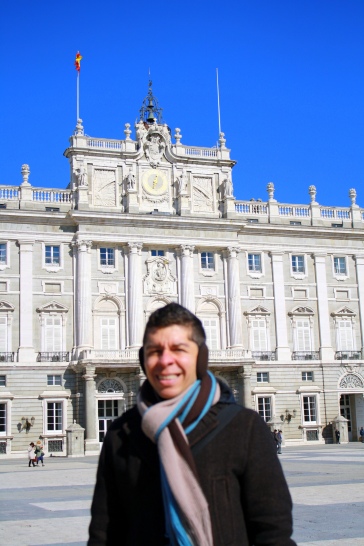 The time I spent in Madrid was freezing cold, but with beautiful blue skies.

El Retiro park it’s one of the most popular green areas for people to go jogging, boating, picnicking and walking with pets. It’s worth checking out for the monument to Alfonso XII, a large colonnade by José Riera Grases overlooking the pond, the Casón del Buen Retiro, and a majestic ballroom that nowadays belongs to the Museo del Prado. 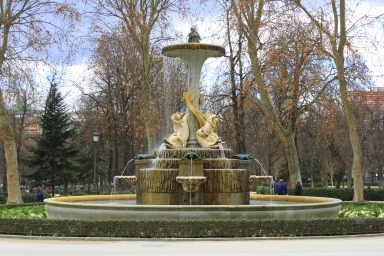 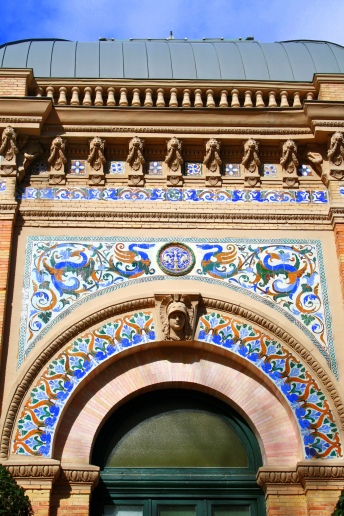 The gardens of the Retiro have plenty of other attractive features, like a rose garden, the Casa de Vacas cultural centre, and numerous fountains and statues. One that really impressed me was the Palacio of Crystal, which was built in 1887. 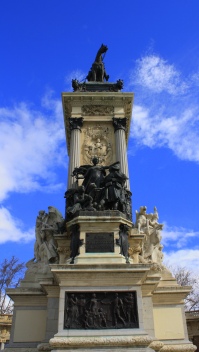 The park is beautiful. I wished I was there in summer, it would have been a different picture. However, I was lucky I had nice sunny days.

Puerta del Sol is the one of best known squares, and also one of the most popular and busiest places in the city. You will find lots of nice restaurants and cafes around this area.

Almudena Cathedral is a Catholic church in Madrid, Spain. It is the seat of the Roman Catholic Archdiocese of Madrid. The cathedral was consecrated by Pope John Paul II in 1993. 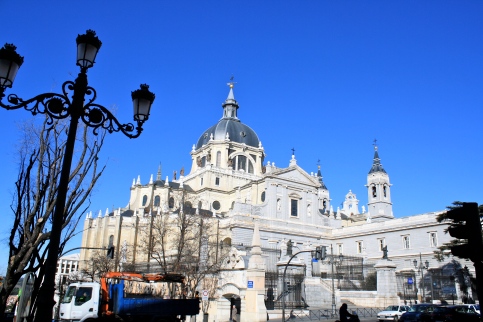 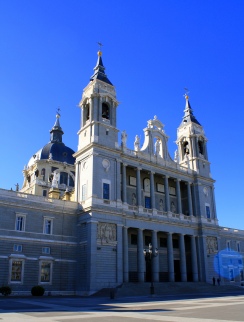 The cathedral is really pretty inside. Dating from the late 19th and early 20th centuries; Almudena Cathedral is very new by European standards, and its traditional-meets-modern design reflects its youth. 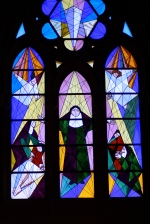 I had a great time in Madrid, and will definitely come back in summer. This city has a lot to offer and see; unfortunately I couldn’t see all the sites in my short stay. If you have the opportunity to come to Europe here is a place to visit.

62 thoughts on “Mad for Madrid”