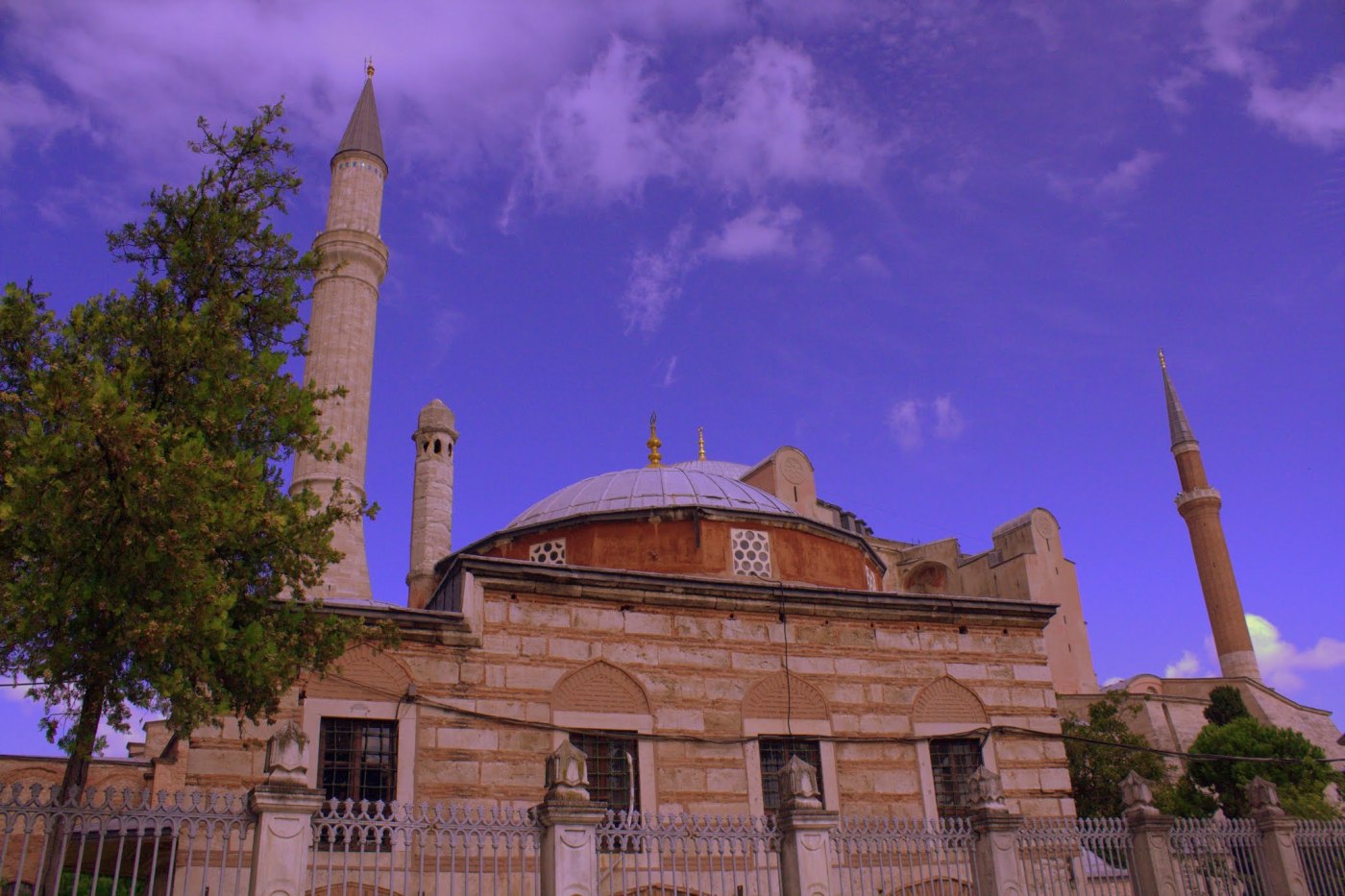 The mystical city of Istanbul has hosted many civilisations, the Byzantine and Ottoman Empires being the most famous. The iconic Hagia Sofia was a church, and later on was turned into mosque. Hagia Sophia was the centre of Orthodox Christianity until 1453 when the city was conquered by Ottomans. Five hundred years following the conquest Islamic conquest, it became a jewel for the Muslim world and as the grand mosque of the sultans. 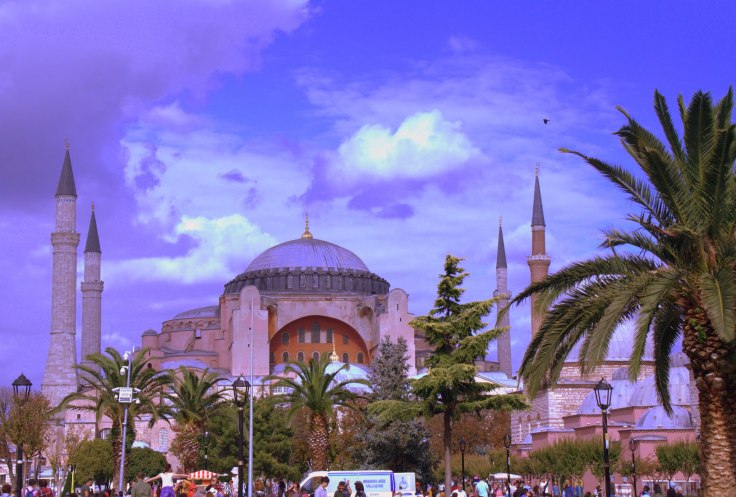 Being an important world heritage site, at 1500 years old with many mysteries yet still waiting to be uncovered, the Hagia Sophia has become the inspiration for many discussions, books, and films. Dan Brown, the famous author of “The Da Vinci Code” and “Angels and Demons” refers to the Hagia Sophia in his latest historical book “Inferno.”

The building is truly impressive, amazing, and has a unique atmosphere.  Hagia Sophia is the only building in the world that has served three religions in order: Pagan, Christian Orthodox and Sunni Islam. 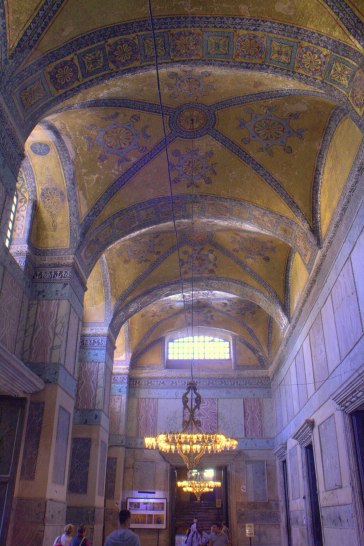 During the centuries of the Byzantine Period, the Hagia Sophia was beautifully decorated with mosaics. These mosaics depicted the Virgin Mary, Jesus, saints, emperors and empresses. The history of the earliest mosaics is unknown as many of them were destroyed or covered during the period of Iconoclasm. The most well-known ones were made during the reestablishment of orthodoxy that reached its height during the reigns of Basil I and Constantine VII. 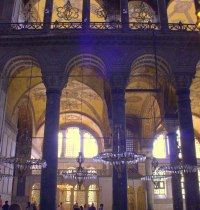 This is the mosaic of the Virgin Mary sitting on a backless throne decorated with jewels, and holding the child Christ on her lap. On the 29th March 867, patriarch Photius inaugurated the mosaic. The image was possibly damaged and destroyed before being restored heavily in the 14th century; the golden background is the original remaining from the 9th century. On each side of the image stand the archangels Michael and Gabriel. Michael is largely destroyed but Gabriel mostly remains. 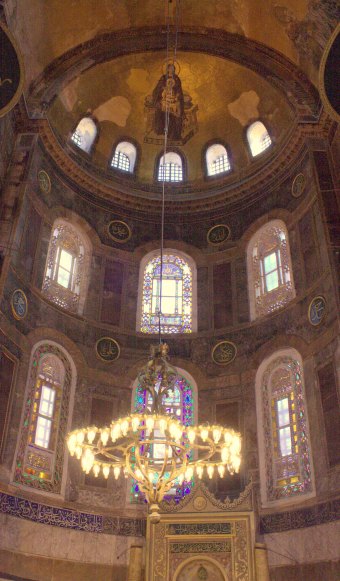 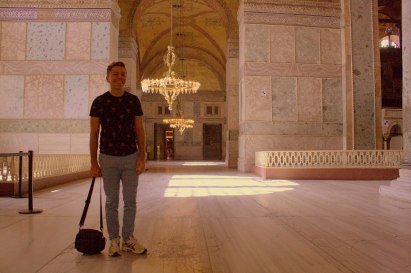 Everywhere is really impressive, and beautiful with all the marble and mosaics – all with so much history to tell.

I really like all the different shaped windows. I also managed to take a picture of the famous cat. Apparently his name is Gli and he lives in this historic place, and lets everybody take picture of him. He was very self-assured and loved all the attention – posing for photos like a movie star!

Everywhere you walk you can see how so much much effort was put into this place. All the details were carefully painted, and put together. It is amazingly harmonious considering all the different elements coexisting. 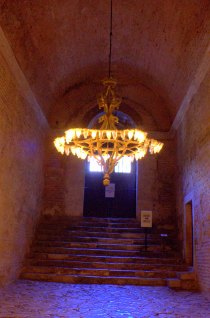 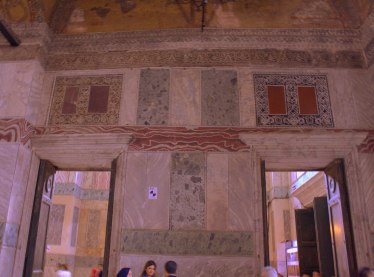 The marble door is located on the upper southern gallery. It was probably removed from another Hellenistic building and brought to Hagia Sophia. The marble door was used by synod members to enter and exit to the meeting chamber.

Down here we can see the Baptism area. 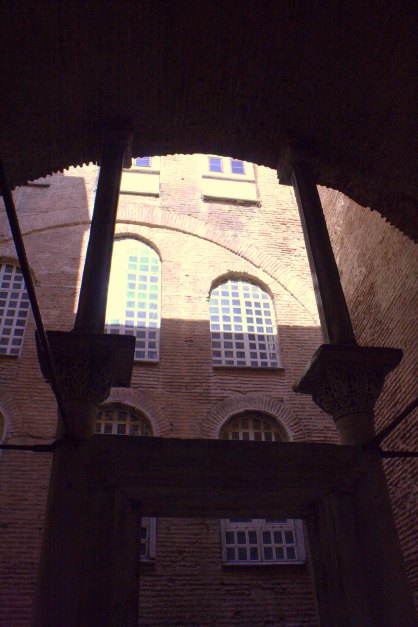 The courtyard is amazing. You will need a few hours at the Hagia Sophia to enjoy all it has to offer. 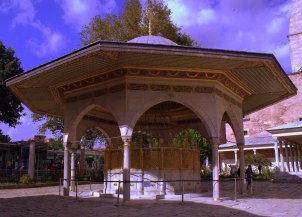 After so much culture and beauty, there is nothing better than to finish off the afternoon with a grand walk by the Bosphorus. 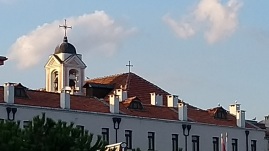 It is always a pleasure to visit this city that has so much to see and enjoy!

31 thoughts on “Temple of Mysteries”