Amman is a modern city with numerous ancient ruins.The capital of Jordan.

Citadel includes the pillars of the Roman Temple of Hercules and the 8th-century Umayyad Palace complex, known for its grand dome.  I was amazed by the beauty of this city.

The Citadel is located in Highest hill of Amman, from there you can see amazing view from the city. There’s plenty to see, but the Citadel’s most striking sights are the Temple of Hercules and the Ummayad Palace. 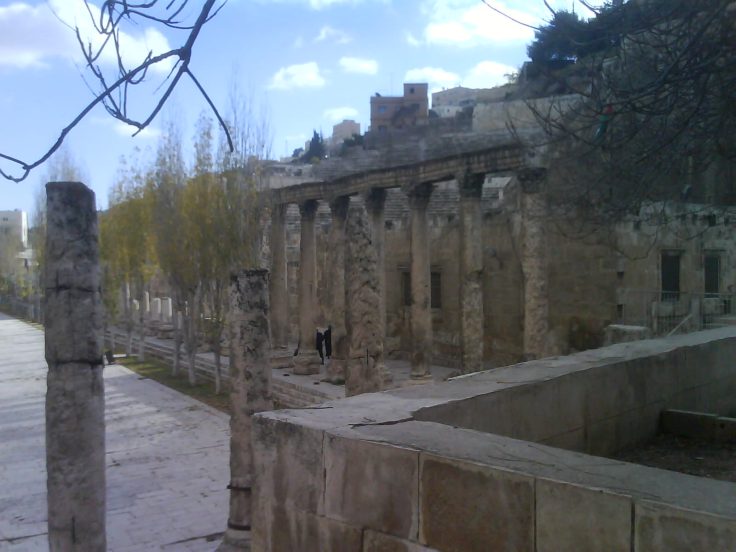 On the top of the hill I had this beautiful view of the city.

The Citadel’s most impressive series of historic buildings is focused around the Umayyad Palace, behind the National Archaeological Museum. Believed to be the work of Umayyad Arabs and dating from about AD 720, the palace was an extensive complex of royal and residential buildings and was once home to the governor of Amman. Its lifespan was short – it was destroyed by an earthquake in AD 749 and was never fully rebuilt.

The two giant standing pillars are the remains of the Roman Temple of Hercules. Once connected to the Forum (downtown), the temple was built during the reign of Roman emperor Marcus Aurelius (AD 161–80). The only obvious remains are parts of the podium and the columns, which are visible from around town.

That’s me having fun in Archaeological museum.

The sun was setting I had this beautiful  picture when I went down the hill from the Citadel. 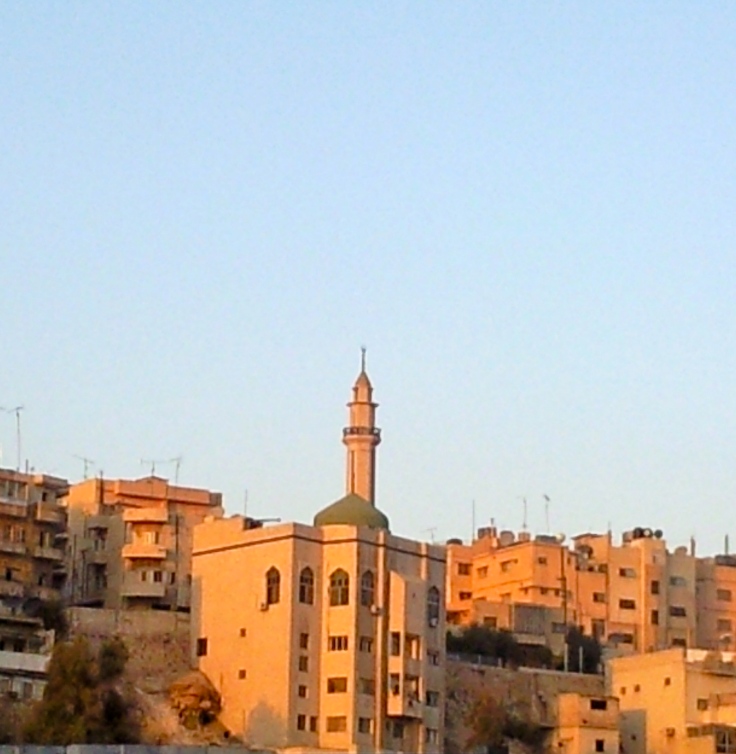 On my way to the dead sea. I did a day trip to the sea, and was amazing. The Dead Sea, a lake and not in fact a sea, straddles the borders of Jordan and Israel. It’s the lowest point on earth, and industrial activities on both sides means its water level is dropping by around a meter a year. At this rate, it will be gone within about 40 years.

You must go to the dead sea.

Around the dead sea is very tourist. You cannot just go to the sea. You have to go to the hotels, and pay to get in. They all charge quite a lot for the entrance. I decide to go to the public beach which was more reasonable priced.

That’s me floating, and trying to read the paper, you don’t have to try very hard to float. It just happens.

Me again covered in the dead sea mud. It suppose to be really good for you skin, leaving very soft and clean. I was actually quite itchy afterwards. 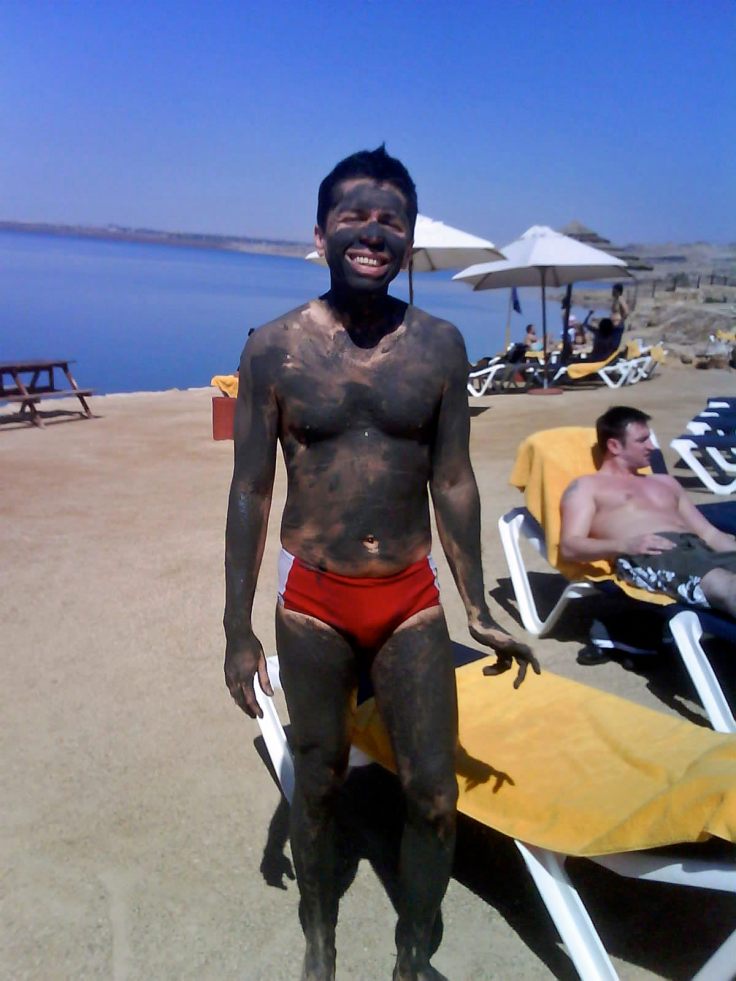 Nice view of the dead sea.

I did another day trip from Amman to Petra. It’s quite far around  four hours drive. I did in a day, but I actually advise to go there and stay over for the night.

Petra is a famous archaeological site in Jordan’s southwestern desert. Dating to around 300 B.C., it was the capital of the Nabatean Kingdom. Accessed via a narrow canyon called Al Siq, it contains tombs and temples carved into pink sandstone cliffs, earning its nickname, the “Rose City.”

The fee entrance to the park is quite expensive, but it is one of this things that you won’t be disappointed. It’s worth it a visit. 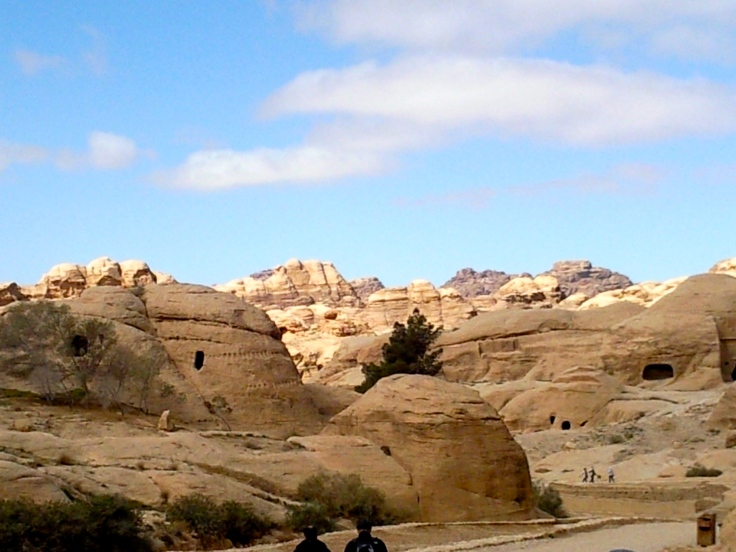 When I started my walk I saw all this rocks. They have all this different shapes. It is incredible to think that people actually lived in those caves.

Me in the cave. 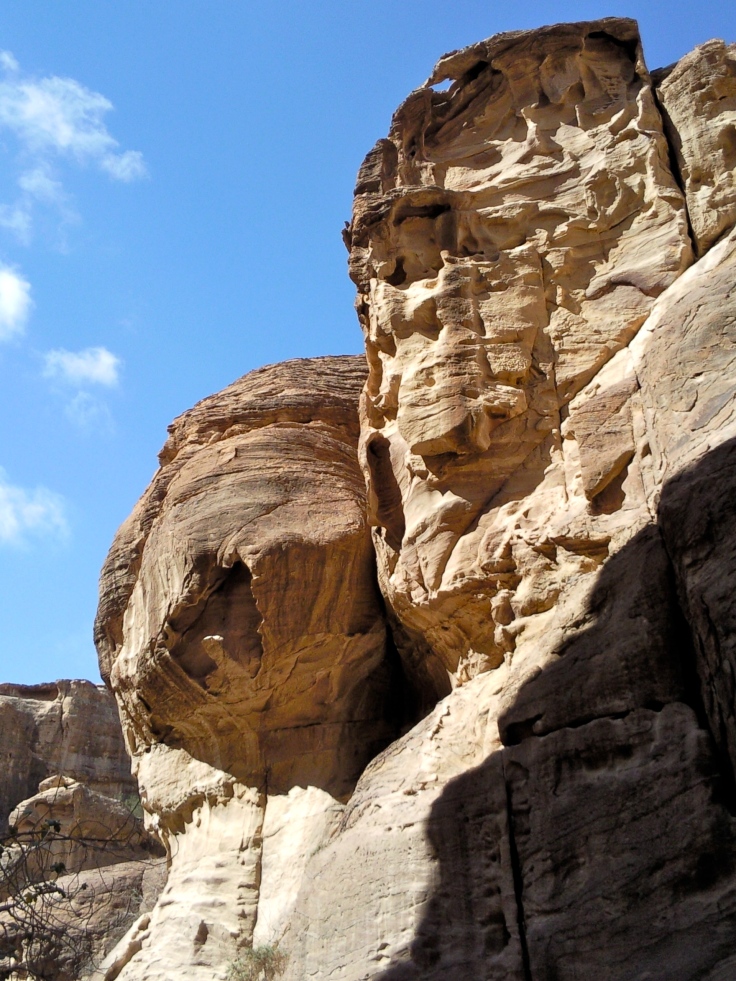 When I got this point in my walk. I was really amazed in see this temple at the end. Here was where the Indian Jones film The Temple of Doom took place. It is an incredible site.

The Siq is the main entrance to the ancient Nabatean city of Petra. 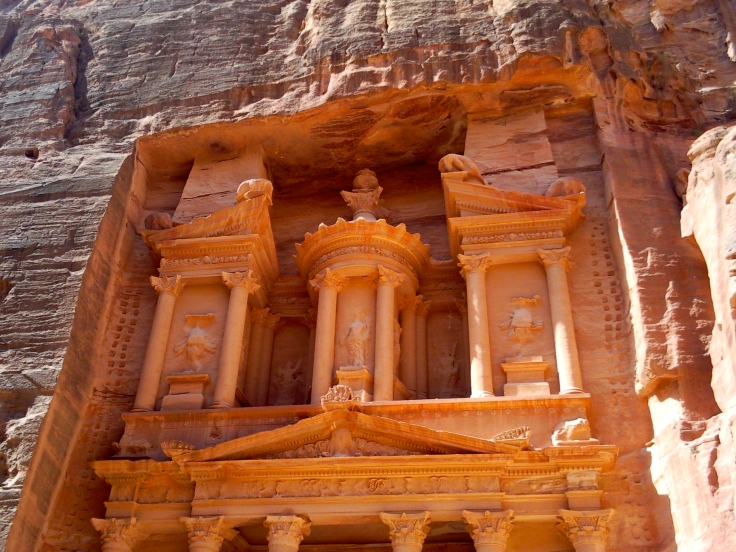 Ad Deir, also known as El Deir, is a monumental building carved out of rock in the ancient Petra.

I was excited about the Camels. I saw this very intriguing rock formation. 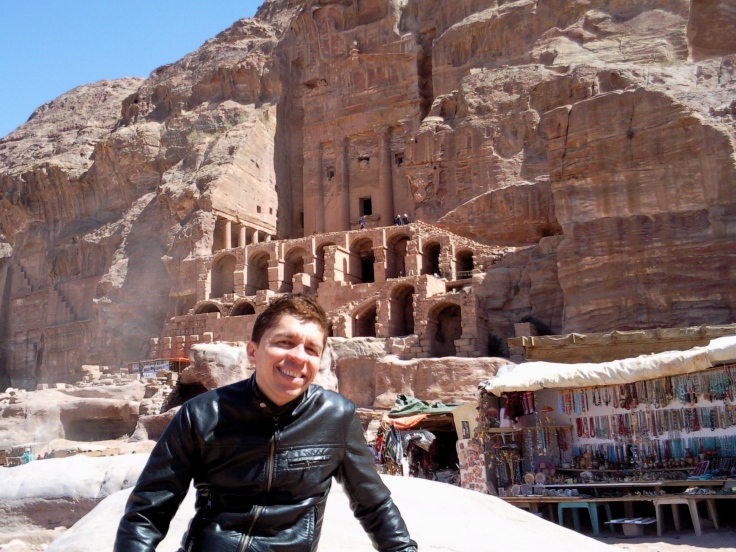 Urn tomb, just behind me. 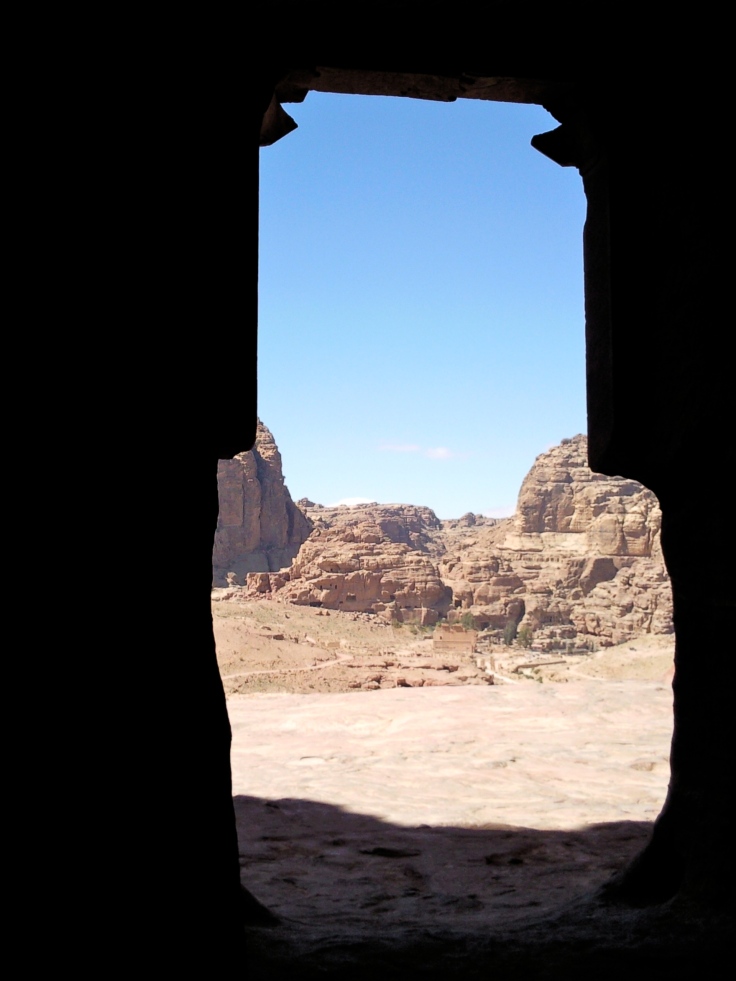 The Great Temple. It’s amazing to think how this was built out of a mountain rock.

My trip to Jordan was great. I highly recommend.

4 thoughts on “The Kingdom of Jordan”